On July 7, 2006, the world lost one of rock’s brightest minds and tragic souls. Roger Keith “Syd” Barrett, founder and guiding force behind Pink Floyd died at 60, born January 6, 1946. The victim of pancreatic cancer died at his home in Cambridge, England. The “crazy diamond” shone for a short time before his spiraling descent, but he shone like the sun. Barrett’s influence on the 1960s psychedelic rock era is immeasurable. He was the piper who led Pink Floyd to the gates of dawn and cracked it open. In one of rock’s greatest tragedies, his mind broke from reality. Pink Floyd ventured into the dawn without their leader, growing bigger than anyone could have realized. Barrett may have physically left the band, but he was always there. He stood on the Dark Side of the Moon, atop The Wall, and was the “crazy diamond” they wished was here. Syd Barrett left our Earthly realm 11 years ago today, and his mind left long before that. We might wish he was here, but we don’t need to do so. He’s still with us in one form or another, be it in the art he created, or the art he inspired. An example is this poetic tribute I’d like to share today for the 11th anniversary of his death, Tea Parties & Madcap Laughs.

Tea Parties & Madcap Laughs
As I sit here
I think it’s perfectly clear
To all who can see
And even to me
Something is horribly wrong
But I’ll shove it away in a song
My mind’s in a sonnet
No need for a bonnet
Trimmed with a pretty white lace
I don’t recognize my own face
I believe that it’s melting away
Dripping down onto the clay
Inside you’ll find
What’s left behind
Is a jumble of random odd things
Kazoos, old shoes, and brass rings
So goes the rest of these days
An orchestra that no longer plays.

I write. I create. It's that simple, yet so much more complex. View all posts by Drew Martin 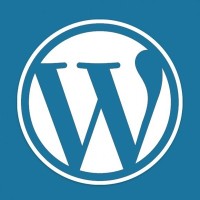